Although we live in a world where diverse tastes are accepted by more and more people, it has to be considered that there are some things which are very hard to argue in favor of. Not least of these is the terrifying three-word phrase: “Celebrity Inspired Wedding”. And yet, if you look briefly at the results of a Google search, you will find that there are many people making this choice. Considering how the marriages resulting from these weddings often turn out, it has to be wondered if taking inspiration from the celebrity world is quite wise.

If the celebrity is someone you have long admired and who influences your style in other ways, then there is an argument to say that you are being true to yourself by being true to them. If, however, you have simply seen the wedding photographs from their expensive and publicity-soaked wedding, you might want to slam on the brakes and think about things. Fashion is an unforgiving mistress. At any given time, a fashionable wedding might look like a real triumph, but those photos will exist in ten, twenty, thirty years’ time, and you are liable to cringe if the celebrity who inspired the look got divorced acrimoniously three months later.

Celebrities get a lot of latitude in what they do because they are celebrities. The media want to keep them sweet and will usually refrain from asking them what exactly they think they are doing. It is wiser to stick to the classics than follow a trend when permanence is an issue. If you want to follow a celebrity, wait until you’re married and copy their haircut. 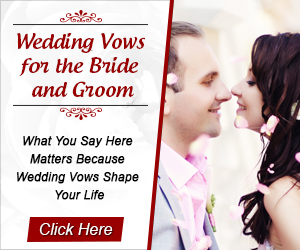